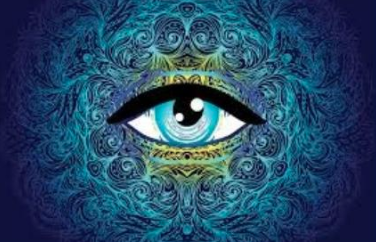 “Know thyself—and know your medicine. As with any important new relationship in your life, take your time getting to know each other, learn your dose, and get familiar with the fundamentals of “set and setting.” – Zoe Helene, Cosmic Sister

Known as a “class of drugs” psychedelics are defined as: a hallucinogenic class of psychoactive drug whose primary effect is to trigger non-ordinary states of consciousness and psychedelic experiences, via serotonin 2A receptor agonism. They are natures medicine, and a few of them include:

Psilocybin/magic mushrooms: found in about 180 species of mushrooms that contain the chemicals psilocybin. Mushrooms have been used in native or religious practices for centuries.

DMT: sound in many plants, used in spiritual practices in South America, and similar to psilocybin, DMT is an alkaloid found in psilocybin mushrooms.

Ayahuasca: is a brew made from the leaves of the Psychotria viridis shrub. The drink is/was used for spiritual and religious purposes.

THC: Some, including medical/health professionals, consider THC a psychedelic because the cannabinoid, found in Cannabis-marijuana, has psycho-active effects.

Psychedelics are friends because, though the American government made the masses fearful with their Schedule 1 ridiculousness, psychedelic plants do in fact heal, more than just diagnosed conditions. Zoe Helene Cultural activist, Founder of Cosmic Sister and originator of the term “Psychedelic Feminism,”, says this about what psilocybin does for her:

“Psilocybin mushrooms have helped me understand and appreciate my place in nature on a deep soul level, by showing me how I play a part in Gaia’s eco-system—and that even if it’s a microscopic role when compared to the vast universe, all roles are genuinely important.”

Psychedelics are medicine and research is proving it. Recently, Yale News, discussed new research by Yale, confirming the lingering mood benefits of psychedelics:

“The team found that people who recently took psychedelics such as LSD and psilocybin, more commonly known as magic mushrooms, were more likely to report having “transformative experiences”, so profound that they came out of the experience radically changed, including changes to their moral values. Transformative experiences, in turn, were associated with feelings of social connectedness and positive mood.”

How can a loving and transformative group of plants, full of medicine, grown naturally by the Universe, be illegal?

“I’ve been working with cannabis for 35 years, as a gentle truth serum, a companion for exploring lucid dreamscapes, and as profound psychedelic—depending on the dose and the bud.”

I am in full agreement based on my experience with THC, and it looks like some in the medical community agree. Julie Holland, a Psychiatrist with a private practice in New York, says that some of the effects of Cannabis’, are psychedelic in nature.

Julie Holland confirms something that I experienced. She attended a psychedelic science conference in Holland, and stated that consuming Cannabis may be linked with a “phenomenon” some psychiatrists refer to as dehabituation, the process of looking at something with fresh eyes.

And then there’s Psilocybin. I have had micro dosing experiences with psilocybin edibles. Did you know that psilocybin is decriminalized in Oakland, CA? Thankful for that, and High-Level Chocolatiers, for creating a vegan journey for me.

What micro-dosing psilocybin does for me is bring me closer to my love for Cannabis, and allows me to see and witness the energies that surround me all day. They show up in colors, patterns, and shapes. I giggle, a lot, as if they are telling jokes.

“Psilocybin significantly alters perception of reality. Effects can range from positive to negative and are unique to every individual. Some effects of psilocybin include elevated mood or euphoria, creativity, mystical or spiritual experiences, dissolution of the ego and altered perception of oneself, their environment, altered perception of time, and increased sensitivity to outside stimulus.”

Ayahuasca is a South American brew, like a tea, that means “vine of the soul”. Aya= soul/ancestors and huasca= vine/rope. Interestingly enough, Ayahuasca contains DMT. The leaves of the P-viridis plant hold DMT in them.

Zoe Helene says, “you must have both plants for it to work; however, sometimes other plants are added to the mixture—carefully, and with years of training.”

Ayahuasca has been used for thousands of years by the people of Ecuador, Colombia, Peru, and Brazil, as a healing medicine or tribal rituals. Research and imaging now show that Ayahuasca that increases blood flow to areas of the brain that help regulate emotions and memory.

DMT was first found to be psychedelic by the Hungarian chemist Stephen Szára in the 1950s. Did you know that DMT is found in plants and animals? There is information out there that supports the pineal gland producing DMT, that’s right, the human body. If this is true, how in the world is this illegal? But because it’s illegal, no research is allowed and so, we cannot confirm this to be fact.

Research started in the 1950’s and then, in the 1960’s it was discovered in the human body. It is now believed to be widespread throughout the natural kingdom, in thousands of plants, and in every mammal that has been investigated so far.

DMT is also called the spirit molecule and is the main active ingredient in ayahuasca.

Those interested in taking a journey- please take a second to check out Zoe Helene’s advice: “I always recommend journeying with others.”

This is piece was created from a series of pieces, originally written by the Author, and published on Herbage Magazine blog.