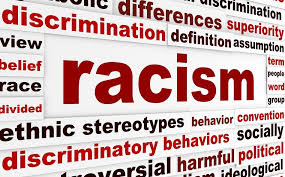 My Review of the “New Billion Dollar Crop”

The piece; while it is often selectively used as “evidence” of hemp’s utility, it is also a powerful artifact about the power of words.

The purpose of this article is to explore the racist and xenophobic language used in the text of: The New Billion Dollar Crop. An article written by an uncredited author, that opens by suggesting a domestic hemp industry could replace imported items “produced by underpaid coolie and peasant labor, and provide thousands of jobs for American workers”.

It is not a debate about the economic viability or usefulness of hemp. Nor does it explore racism and Cannabis in a wider context.  It is an exercise in mindfulness about the significance of words.

By the late 1930’s, rising nationalism had brought the world to the brink of global conflict. This article, beyond promoting a technology, also promotes an ideology. In 1938, the attraction of creating jobs during the Great Depression is obvious. However, terms such as “unpaid coolie” and “peasant labor” are undeniably racist.

Merriam Webster defines coolie as: an unskilled laborer or porter usually in or from the Far East, hired for low or subsistence wages. The definition notes coolie is usually considered “offensive”.

Likewise, Merriam Webster defines peasant as: a member of a European class of persons tilling the soil as small landowners or as laborers.

In the article: The New Billion Dollar Crop, “peasant labor” is used alongside “unpaid coolie”, creating equivalency in the reader. The underlying message is that Americans are being robbed of opportunity by lowly foreigners.

Evidence is often used selectively. This happens in the court system, politics, academics and even in the argument to repeal Cannabis prohibition. The article, New Billion Dollar Crop, from the February 1938 issue of Popular Mechanics Magazine, is a perfect example.

The article is often used as evidence or support that hemp was on the cusp of revolutionizing American agriculture by making every farm a valuable source of this miracle raw material. However, the article is not innocuous. There is simply no escaping its’ racist and xenophobic tone.

The modifier “unpaid” reinforces the lower status of the coolie, framing them as a threat to America’s economic recovery. Historically, Russia, a feudal society that exploited its peasantry, was the primary source of American hemp fiber. However, other hemp producing European countries also exploited their “peasant” class. In the early 20th century most of the world was still largely agrarian. The industrial revolution did not happen simultaneously around the world.

The uncredited author continues sprinkling overtly racist language and dog whistles throughout the article. After dropping the phrase “coolie-produced foreign fiber” the author mentions several foreign countries, noting burlap was “woven by laborers in India who receive four cents a day”, and the sisal for binder twine came from East Africa and the Yucatan. These terms dehumanize the people towards whom they are directed in the eyes of the reader.

Furthermore, the tagline for the magazine, “written so you can understand it” leaves little room to argue the author’s intent. Using this language is intended to evoke a visceral response. It is an emotional appeal to take patriotic action.

The text reflects the isolationist, anti-immigrant mood pervading the nation. In 1920 America imposed quotas restricting the inflow of immigrants, especially from Eastern and Southern Europe, “peasant” populations. The prevailing attitude was “America for Americans” and Americans don’t need to expand treasure trading for simple products made by inferior people.

When this article published in early 1938, the nation was struggling to recover from the Great Depression. Average Americans were focused on survival and rebuilding the American economy. They were trying not to lose their homes and find ways to feed their families. Around the world, Europe and Asia seem to be sliding back into war.

During that time, Americans didn’t want to see another generation of their children sent off to die on foreign soil. The article attempted to tap this vein of fear to kick start a new industry. The rest of the story; the hemp industry will die a slow death, and fear and racism continue to be used as instruments of social control.

The “New Billion Dollar Crop” entices farmers with the promise of “a new cash crop with an annual value of several hundred million dollars all because a machine has been invented that solves a problem more than 6,000 years old.”  Rather than following up this bold claim with an actual plan, the author instead makes a base appeal to America’s xenophobic, isolationist tendencies.

The New Billion Dollar Crop piece is “evidence” of an attempt to revive an historical cash crop. It also stands as a snapshot of American racism and fear during the interwar period. This is evident in the emotional charged and inflammatory language used throughout the article. Choose words carefully and be aware of the word’s others choose to use.

Dan has been writing about Cannabis since high school when he confronted the “Just Say ‘NO” decade in the classroom. While the topic matter might not have been politically popular, the muse served him well. Dan returned to this muse in graduate school where Cannabis culture was the focus of several in depth research projects. Recently, Dan started a You Tube channel: Hemp Highway of Kentucky, and has signed a book contract with Arcadia Publishing, for volume inspired by his research along the Hemp Highway of Kentucky.