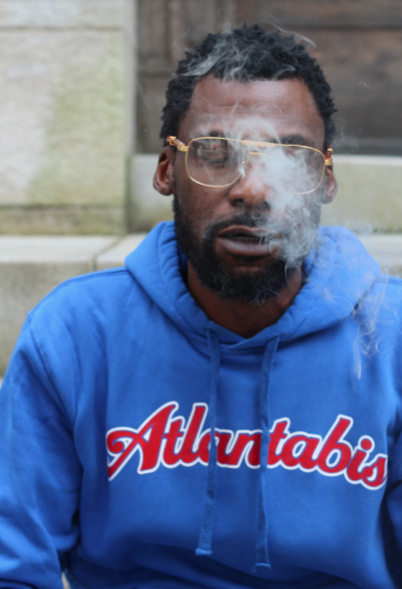 Normalizing Cannabis with Conversation and Action

Cannabis, politics, music, sports, lifestyle, culture, and Urban Grow Media; Cash Color Cannabis is changing the way we have conversations about Cannabis. No more hiding, no more being silent about the lies told, and no more fear when demanding justice. The time has come for the conversations that our ancestors were having- to carry on and evolve into change.

Mehka King, Journalist, Cash Color Cannabis podcast host, and filmmaker pointed out that our ancestors have always had conversations while consuming and in the presence of herbs and plants. These conversations and rituals  aren’t new to us, but the government changed the freedom of discussion and healing into stigma. This is why the way that it’s being done with Cash Color Cannabis is crucial to the movement.

Mehka reports from the south- having raw, real, and required conversation about a plant that Georgia doesn’t like. Georgia doesn’t like Cannabis, and that can be comfortably said when they do things like, spend $78.6 million on their mission to incarcerate people of color for drug offenses. Ya’ll know that’s 1.6 times more than the states budget for substance abuse treatment right?

So, when the veetravelingvegcannawriter blog learns about the bold and the fearless, in a state like Georgia, we go after their story. It’s important for these stories to be told and for voices like Mehka’s and the people he brings on the show to be heard. The way it’s being done is unapologetically and there is no better way.  Black and brown folks were taken advantage of and targeted unapologetically and so, we must be loud and proud in our demand for change.

How does one have a successful podcast in the most southern of southern states- on the topic of a plant that the state government can’t stand, and loves to throw black and brown people in jail for? Mehka points out that freedom of speech makes it possible. But we think it’s more than that driving Mehka and his team.

We see and feel passion, bravery, and a mission beyond self that reigns supreme. Our brother Mehka operates from those places effortlessly and this is why Cash Color Cannabis is thriving.

About The Host of Cash Color Cannabis

Though the full interview is accessible below, we wanted to provide a little text and a little background.

Cash Color Cannabis is led by host Mehka King, a graduate of journalism from Johnson C. Smith University in Charlotte, North Carolina. Originally from the east, but a resident of the south now for 20 years, Mehka has a long and successful career in writing and journalism. His body of work has been  published in: the university newspaper, Charlotte Post, Charlotte Magazine, Double XL, Slam Magazine, and multiple blogs/sites launched by Mehka, that has had editors everywhere after his work.

Writing is just one area- Mehka is a filmmaker, with his hands in multiple projects and documentaries about hip hop and pop culture, like The Color Green: Cash, Color, and Cannabis,  a documentary investigating racial disparities in the cannabis industry.

The Launch of Cash Color Cannabis

Mehka fell in love with journalism in college and hip hop has always been a part of his life, but in 2014, a trip to Colorado opened up the world of Cannabis culture and since then, he has been making moves in the industry. In 2016, the birth of Cash Color Cannabis happened, in partnership with Live Hip Hop Studios Daily.

Season 1 of Cash Color Cannabis was a little challenging. Talking about Cannabis in a state that throws black and brown people under the jail for it made many nervous so, not many invitations were being accepted. But here they are- 200+ episodes later- a black man owned media company, shining light on us and so- this one’s for him- thank you for all that you do! As a woman born and raised in the south, it’s a must to say “I appreciate your service to the region!”

With joy, honor, and gratitude, we introduce you to Mehka King of Cash Color Cannabis and Urban Grow Media. The conversation was led by Dom Hart and together, they discussed:

Check out the conversation with Mehka King from Cash Color Cannabis here!

Note- the best way to tune in is to download the We Collect app- which doesn’t require profile set up or any type of payment. You can delete the app afterwards if you wish.