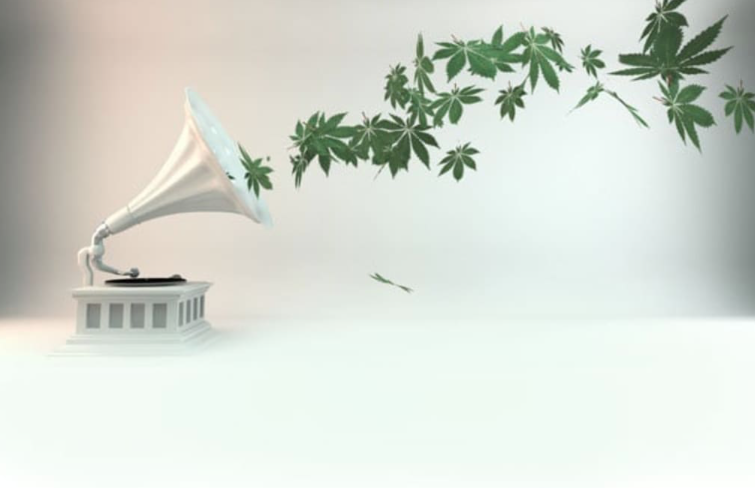 When we think of musicians that consume and advocate for Cannabis, the few, most obvious always come to mind: Bob Marley, Snoop Dogg, Wiz Khalifa, Willie Nelson and so on. While they did/do consume cannabis and did/do advocate “highly” for it, there are many, not so obvious musicians that have joined the forces.

From punk rock to hip-hip, and everything in between, no matter your lifestyle or choice in career, it is proven, time and time again, that the love for Cannabis transcends all.

Here are 5 Musicians That Entered the Cannabis Industry in 2020

If you were a teenager into punk in the early 90’s, then you should be remarkably familiar with this name. Mike is the co-founder and bass guitarist for the iconic band Green Day. The band formed in 1987 in the East Bay of California. Although they already had two records and were touring, they did not achieve their stardom until the 1994 release of Dookie, their major label debut. The band released their thirteenth studio album in February this year and have sold over 75 million records worldwide, making them one of the best-selling musical artists of all time.

In February, Mike announced his partnership with Goldenseed, a Cannabis company located on more than 20 acres of farm, tucked away in the gorgeous hills of Monterey Bay in Santa Cruz, California. Dirnt’s second wife, Brittany, was previously diagnosed with breast cancer and Cannabis was a tremendous help during her chemotherapy treatments.

She continues to consume it today for body aches and pains, as well as the residual effects she feels of the drugs she had to ingest. Brittany completely backed the partnership with Goldenseed, and is active in the business, alongside her husband.

Goldenseed took first place in the pre-roll category at the 2019 Nor-Cal High Times Cannabis Cup, the world’s leading Marijuana trade show. The company takes great pride in their delivery of “Clean California Cannabis” due to …. the worms. That’s right, worms.

They grow their Cannabis in soil that is rich in the local flora, micro-fauna, and other biology to feed the worms on the farm. Through the digestion and processing of this biology, the worms create vermicompost that offers essential nutrients for the plants. They never use conventional fertilizers, pesticides or herbicides.

Having amassed an empire worth a billion dollars was not nearly enough for this rap artist. 50-year-old, Jay-Z has launched his own Cannabis brand as of 2020. The brand is called Monogram. To accompany his brand, Jay-Z released an album called Monogram: Sounds From The Grow Room.

Monogram flower is grown in small batches, allowing for every plant to receive personalized attention, according to the company’s website. Jay-Z’s other business ventures include the urban clothing line Rocawear and a $150 million dollar contract with Live Nation to create Roc Nation, signing such artists as Rhianna and T.I.

This singer, songwriter, and musician is certainly no stranger to weed. In fact, Croz, as his friends lovingly refer to him, is known as the dude that The Beatles went to, when they needed the “good stuff”.

David was a founding member of both The Byrds and Crosby and Stills & Nash, which were both popular bands of the 60s. This year, after being asked for decades to get into the Cannabis game, Croz went for it and launched Mighty Croz Cannabis with his longtime friend and entrepreneur, Steven Sponder.  Although no products have officially been released yet, they plan on a full line of flower, pre-rolls, oil cartridges, infused edibles and CBD products.

Although having been born in Autlan de Navarro, Mexico, it was while growing up in Tijuana, that Santana found himself surrounded by marijuana. As a matter a fact, he worked in an herb store as a child. He saw it, smelled it, and was surrounded by it his entire life.

His mother consumed it for ailments after soaking the weed in alcohol for a day or two. With that said, he did not actually smoke it until he moved to San Francisco in the early 60’s, where he formed his first band, The Santana Blues Band.

Santana understands that Cannabis promotes uniqueness and individuality and believes that Cannabis is a gift, because it makes you “think with a different mind”. His Cannabis brand launched into California dispensaries over the summer and included flower and pre-rolls.

Alongside his Cannabis brand, Santana created a hemp / CBD brand that includes topicals with traditional formulations influenced by his family. Partnering up with Left Coast Ventures, the 10-time Grammy winner conceived Mi Rayo (my ray), as to inspire consumers to “follow the light they have inside themselves”.

Hip-hop duo, Run The Jewels, which is composed of Killer Mike and EL-P, collaborated with two Cannabis companies – Cookies and Lemonade – to drop their first branded strain called Ooh LaLa.

The name was inspired by the popular single of the same name from their June released album, RTJ4. Cookies was founded by rap artist turned entrepreneur, Berner, who had previously worked with Killer Mike on his own release in 2011, The White Album.

The line from Run The Jewels includes pre-rolls, blunts, vapes and extracts. You can catch these products in Cookies and Lemonade stores all throughout California as well as Detroit, Michigan, Colorado, Washington, Oregon, Oklahoma and finally into Arizona and Illinois at the end of this year.

With creativity being a necessity in a musician’s repertoire, many have found the consumption of Cannabis to be a great encouragement of that. So much so, that they have immersed themselves into the Cannabis Industry itself.

Others have joined the cause to advocate for the plant and to help educate the world of its healing benefits. Then, there are those that got into the game simply to make more money. Whatever the reason may be, these companies are booming and will continue to do so as Cannabis legalization expands across our nation and worldwide.

Nicole Stover “Canna PinUp” is the founder and owner of CannaVirtual Services, CannaPyx and CannaVybz.com. Nicole is a Journalist, Photographer and Advocate for Cannabis and Psychedelics as she believes both have incredible healing benefits. She works closely with professionals in the Cannabis/CBD/Hemp Industries as an event and project manager. Not only does she contribute to Vee Traveling Vegan Cannabis Writer Blog, but Nicole created a journal called The CannaHaze. With Cannabis and Music being two of her greatest passions, most of Nicole’s writing converges these subjects.