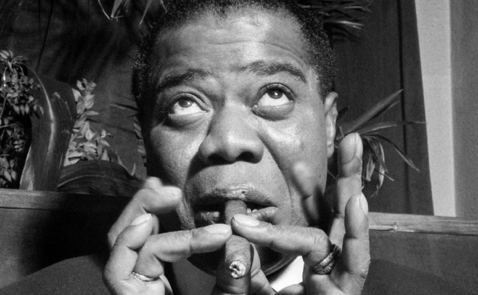 Social Spaces for Musicians and Cannabis During America’s Prohibition

In the United States, from 1850 – 1937, Cannabis was widely used for medicinal purposes and could easily be purchased in any local general store. Cannabis was federally prohibited in 1937, although some started taking action to regulate it as early as 1920. After hearing of the conviction of a musician that had forged a doctor’s signature on a prescription for Cannabis, the president of Louisiana’s State Board of Health, Dr. Oscar Dowling, urged the governor as well as the U.S. surgeon general, to take control nationally in August of 1920.

Immediate action was not taken, but it wasn’t long before newspapers realized they could increase circulation by printing hair-raising stories about Cannabis to scare the local community. This promoted attacks on peddlers and corner stores by scrupulous groups like the Women’s Christian Temperance Union, as these were known places to obtain Cannabis.

The “Marihuana Menace” or “Reefer Madness” craze continued to be heavily fueled by Dr. Dowling’s colleague, Dr. A. E. Fossier, and New Orleans’ public safety commissioner, Dr. Frank Gomila throughout the inception of prohibition. Local policy makers wasted no time launching arrests on people that were in “violation” of an already two-year-old law. These actions, along with “The Volstead Act of 1920”, which enforced the Eighteenth Amendment, prohibiting the manufacture and selling of liquor, led the American public to meet in secret places such as “Speakeasies” and “Tea Pads”.

The competition for patrons in these establishments demanded live entertainment- people wanted music with Cannabis consumption. With the Jazz Age already flourishing at this time, not only in New Orleans, but in New York and Chicago as well, the inclusion of these acts deemed a perfect fit for the already “party like” atmosphere.

When the sun went down, hundreds would gather in either a small apartment or room to smoke Cannabis and listen to music with fellow enthusiasts. The lighting was dim, furniture comfortable and incense was not the only thing getting lit. They enjoyed the jazz and procured joints for as low as 25 cents a pop! It is said that there were over 500 Tea Pads in Harlem, New York alone. Much like modern-day, smoking Cannabis with others created a special comradery amongst the crowd and musicians.

Jazz musicians that consumed Cannabis were called “Vipers” due to the sound made from taking a big hit. Legendary jazz musicians such as Louis Armstrong and Cab Calloway were very open about their consumption of Cannabis and even sang about “Tea” or “Gage” in many of their songs such as “Muggles” (slang term for stoner at the time) and “Reefer Man”. They admitted to consuming Cannabis almost daily – during shows and before practice sessions as it helped musicians to play longer and better.

In November of 1930, Louis Armstrong was jailed for nine days in a Los Angeles county cell after getting caught smoking a joint in a garage parking lot before a show at The Cotton Club in Culver City with his friend and drummer, Vic Berton. The arresting officer was a fan of Armstrong’s and allowed them to perform before taking them downtown. Ultimately, they each received a six-month sentence, which was later commuted, and both paid a fine of $1000.

The legalization of Cannabis has spread widely across the country in recent years, making it challenging for younger generation users to comprehend the stigma that surrounded it for almost a century preceding. We frequent the many local smoke shops and Cannabis dispensaries, acquiring our favorite Cannabis products without giving a second thought to the fact that it was, at one time, completely illegal to do so.

November 3rd’s election brought a total of 15 states having legalized recreational Cannabis use or voted to do so, and 36 states permitting the legal distribution of medical Cannabis, according to the most recent tally by NORML.

The continuing argument from Cannabis advocates is the enforcement of bans causes more harm than good. Despite this and the overwhelming number of medical journals published around the world documenting the health benefits of Cannabis, all still evades our leaders in the federal government.

Cannabis and music have been good buddies for a long time. Thank you to the musicians of the past and present for their openness about Cannabis consumption that make some feel like they weren’t/ aren’t alone.