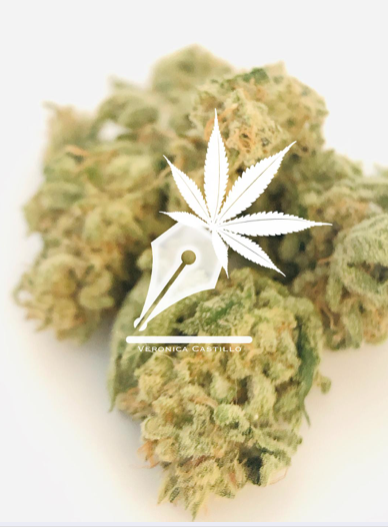 “Imagine smoking weed in the streets without cops harassin’”

I can only imagine because even in legal states, the scent of marijuana is enough for a cop to find something to rub his/her ego on. Though getting a little closer, I’m with Nas on imagining the day that we can all smoke weed in the streets without cops harassing. But for me, it goes a little further; I imagine the ways that our government can heal us instead of waking up daily, choosing to harm us.

Our government, with the powers that we allow them to have, created a list of harmful drugs and placed Cannabis on that list. That is not a government for the people, that is a government attacking its people. Don’t think so? Well, my opinion is that our government has control over what we breathe in, treat our conditions with, and establish protocols that tell us how to buy the food that we eat. Let that sink in for a minute….

In the world that I rule, Cannabis would be freed from the jail that the government placed it in- along with the people that the government took from their families, over a plant on schedule 1. I would dismantle the devil- DEA and create a “for Cannabis” agency that would grow medicinal Cannabis for the people of the country. This agency would also hire Cannabis consultants that create material to teach all the country’s people to grow Cannabis– their own plants- if they choose to grow.

We would use hemp and Cannabis for:

Food: because hemp seeds contain a protein that is more nutritious and more economical to produce than soybean protein. The complete protein and the oils contained in hempseeds (rich in lanolin and linolenic acids) are in ideal ratios for human nutrition.

Material: because it can be used for mulch, insulation, concrete, clothing, carpet, netting, cardboard, and more.

Cannabis would be our friend, our provider, our healer, our protector. My government would not keep healing from the people but instead, promote it and advocate for it- like they do taxes, capitalism, and racism.

Cannabis would be praised like antibiotics and processed foods. Cannabis and hemp would fill stores, restaurants, and hospitals. The people would be able to order hemp leaf green smoothies and cannabis crust pizza because I would support the consumption of cannabis like tea and gluten are supported.

We wouldn’t have a national prayer breakfast but instead, national gratitude breakfast, with Cannabis as the main course. Politicians from all over would meet to talk Cannabis and the healing of the people. Not greed and the destruction of the people.

Being under the influence of Cannabis comes with praise and not hate. There wouldn’t be any “reefer madness” just reefer praise and honor. Praising the soil, the grounds that allow the growth of the plant many of us honor.

There wouldn’t be a single person in jail, prison, house arrest, or probation for growing, distributing, selling, and/or consuming Cannabis. Two consenting adults would be seen just like 2 consenting adults in a tea transaction. In my world, if you don’t go to jail for tea, you won’t for Cannabis.

Postal services/ delivery services will happily and knowingly deliver Cannabis to and from everyone! There will be no stealing packages and wasting plant because we all know and support people needing their medicine!

If tea can be at a party, breakfast, coffee shop, grocery store- so can Cannabis.

I would keep this face covering thing going because, I believe that no one should stand out in the cold, bitter heat, or pouring rain to consume their medicine. In the world that I rule, face masks will be given away for free, to those that may have a hard time handling smoke. And if the people revolt well, the world that I rule has plan B- mandatory medicinal rooms under ADA law- accessibility to medicine is high on my priority list for the people!

In the world that I rule… if only… maybe… one day….soon.