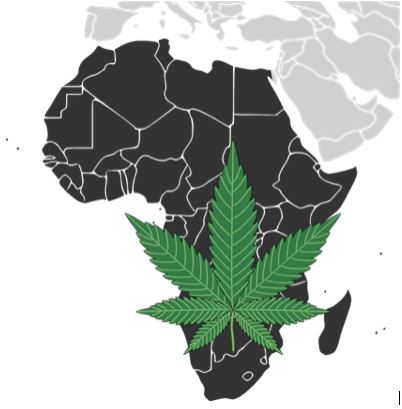 Marijuana is illegal in many African countries, but if you’re caught with it, the punishment isn’t half draconic as it could be elsewhere, like Arab and East Asia.

Despite government hostility, Africans still use marijuana without getting into trouble, as they are accustomed to “gaming the system”, but if you’re new to an African country, your cover can be easily blown.

This is the ground rule: don’t check into the airport with weed on you. The hawk-eyed immigration officers are much too alert, and if they find an illegal substance, they either hand you over to law enforcement or extort you a ridiculous figure.

Below are some tips from me- about Cannabis and Africa. I am a writer living in Africa and suggest the following tips for safety with Cannabis.

Woke lawmakers fight for the legalization of cannabis in African countries, but until we get freedom, the punitive cannabis policy is still in effect. And so, whether you’re new to Africa or you’re native, you must keep your wits about you when indulging in cannabis.

1. Look smart while out

There’s this perception that marijuana users are shabby and disheveled. So, if you don’t want society to mark you, don’t let yourself go. Don’t wear tatters, or let your head look like a bush, or go for days without a shower so that there’s an odor trailing you.

Marijuana is heavily scented, and if you smoke it in the open, there’s a higher risk of a busybody catching the whiff and calling the cops on you. And that’s what you don’t want because policemen in many African nations have a bad reputation. Instead of smoking in the open, you may smoke behind closed doors or amongst your cannabis-positive peers.

3. Always pay for weed with cash

Mobile payment systems like M-Pesa are popular in many African economies, but on the downside, electronic payments make for easy tracking of your activities. But when you pay your supplier with cash and disappear into the crowd, it’s not easy for the government to put you on the radar.

4. Don’t check into public buildings with cannabis on you

Before you access any building in African cities, you are likely to be searched by a security officer. These officers are not looking for just weapons but also drugs. If they find weed on you, they may extort you, or worse, detain you and call law enforcement. And since most of them are bored with the dreary monotony of their work, getting assaulted is also on the cards.

If you have a reputation of being a danger to society, through e.g. stealing or starting fights, marijuana use can make it hard to argue for your innocence. Government institutions unjustly associate marijuana use with rebellious philosophies like anarchism.

How Do I Free Myself After Getting Caught With Marijuana?

I mean, it’s Africa, and fortunately or unfortunately, the institutions are not large and impersonal; if you’re the right person, the rules can be bent, broken even.

Generally, it’s the policemen that arrest marijuana users, but policemen in most African nations are poorly paid, which is why they might ask for a bribe to let you walk. If you knew what African jails are like, you would cough up the bribe money in a second.

So your uncle knows someone who can get the policeman fired? Please don’t threaten a policeman along those lines. I mean, you’re probably out there in a dark road in the night, and the policeman outmans and outguns you, and besides, you’ve broken the law.

If you are unfortunate to get arrested by a policeman that wants you to feel the weight of the law, don’t engage him in a pointless back and forth argument. Just get a lawyer.

Marijuana may be illegal in Africa but many Africans consume it regardless. Considering that marijuana is legalized in most western nations. and that Africa could take advantage of the global cannabis demand to turn around her fortunes, it’s a travesty that marijuana is still illegal.