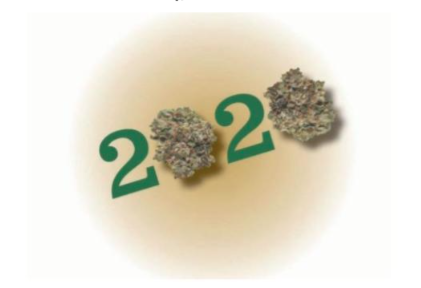 Amid a global pandemic and political division, the Cannabis industry continues, as always, to be the shining light. Even through the hardships of COVID-19, wildfires, and summer snow, Cannabis finds a way. Cannabis unites communities and heals many, myself included. Although, it has been a trying year, Cannabis has made great strides. The following are some of the Cannabis industries good and bad , that our Mother Plant endured in 2020:

2020 led way for the West Coast wildfires in California, Oregon, and Washington; the most catastrophic stretch since 2013. More than eight million acres of land burned. Many Cannabis and hemp farmers, unwillingly evacuated, leaving their crops and essentially their livelihood. Much of what was left exposed to the harmful elements such as smoke and ash.

Many assuming that because Cannabis is an industry now, that insurance covers the damages and losses. But in the U.S., there are only 6 insurance companies that offer insurance to farmers that grow Cannabis that contains more than 0.3 percent THC. This leaves many Cannabis farms susceptible to financial ruin, as was the case this season.

Not too long ago, the most menacing hazard to growing outdoor Cannabis was dealing with the “The Man”. Today’s concerns include climate change incited weather disasters such as record-breaking heatwaves, fires, and hurricanes. Colorado experienced early summer snow in August with an over 70 degree drop in temperature, while Louisiana surmounted two hurricanes.

Unharvested Cannabis plants were damaged by Hurricane Laura, who left more than 30 people dead and caused high winds throughout Arkansas (which also caused extensive damage to crops). Many outdoor Cannabis farmers were left considering if they should move into greenhouses or indoors next year, while others are pondering shorter cycle varieties of Cannabis such as Ruderalis (referred to as auto flower because it goes through its cycle no matter the variations in sunlight).

I know, the 2020 Cannabis industry suffered some really hard bad’s, but things started taking a turn for the better!

The cannabis industry was heavily impacted by the COVID-19 pandemic – but this is a good for the Cannabis industry! Deemed an “Essential Businesses”, alongside grocery stores and pharmacies, Cannabis dispensaries were made to adopt new regulations to stay in compliance with health and safety laws. Dispensary owners and employees adapted and quickly instilled alternative means to satisfy the needs of their customers such as online ordering and curb side pick-up.

In the first few days of the pandemic, 3 states saw record breaking Cannabis sales in comparisons to 2019. California saw an increase of 159%, while Washington sales went up 100%, and Colorado was in 3rd place with a 46% increase. Consumers, in anticipation of long-term closures, hit the dispensaries, stocking up on as much Cannabis as possible.

Cannabis and the 2020 Elections

In November, 5 states legalized Cannabis in some way: Arizona, Montana, Mississippi, New Jersey, and South Dakota. As of December 2020- the Cannabis industry got it’s biggest good- (in some ways- a bad in others) THE MORE ACT got a yes!

And though not Cannabis, but still a beautiful plant medicine that heals- mushrooms! Oregon made U.S history with the legalization of psychedelic mushrooms under IP 34 (IP 34 gives those suffering from depression, anxiety, and anyone that would benefit, a new treatment option by creating a licensed and supervised psilocybin-assisted therapy system), and the decriminalization of small amounts of all illegal drugs by more than 56% of the vote.

The Longest-serving Cannabis Prisoner to Be Released This Month

In 1989, Richard DeLisi was sentenced to 90 years in prison for conspiring to traffic more than 100 pounds of Cannabis from Jamaica into the United States. This 71-year-old has served more than thirty years behind bars. He is currently held at South Bay Correctional Facility in Palm Beach County, Florida. While incarcerated, Richard’s wife, son and parents died. The non-profit organization, Last Prisoner Project has been working vigorously for Richard, pro bono, helping to ensure his release which is set for this month. To help support Richard, visit here

The Reclassification of Cannabis

The United Nations votes in support of Cannabis! The Commission for Narcotic Drugs, which is based in Vienna, voted and accepted recommendations from the World Health Organization on reclassifying Cannabis and Cannabis resin. Doing so, resulted in the removal of both from Schedule IV of the 1961 Single Convention on Narcotics Drugs. With governments having jurisdiction, most likely we will not see any immediate changes, but this will continue to push worldwide legalization.

The Dutch government is holding a drawing early this month to choose 10 lucky Cannabis cultivators for the upcoming Netherlands Cannabis pilot program. They will be the first to legally grow adult-use Cannabis for commercial purposes in Europe.

All ten will supply the “coffee shops” that currently operate in legal sales of Cannabis. Only 39 applicants of the almost 150 were selected for the draw and just the 10 will be chosen. Applicants 11 through 39 will be placed on a waiting list.

Despite some obvious setbacks, the 2020 Cannabis industry had more good, than bad. Worldwide, people are enjoying and appreciating the Mother Plant, discovering its healing benefits, and educating others. We are fighting the good fight, my CannaBuds, and I am extremely proud to be a part of it! Goodbye 2020, Hello 2021!

Nicole Stover “Canna PinUp” is the founder and owner of CannaVirtual Services, CannaPyx and CannaVybz.com. Nicole is a Journalist, Photographer and Advocate for Cannabis and Psychedelics as she believes both have incredible healing benefits. She works closely with professionals in the Cannabis/CBD/Hemp Industries as an event and project manager. Not only does she contribute to Vee Traveling Vegan Cannabis Writer Blog, but Nicole created a journal called The CannaHaze. With Cannabis and Music being two of her greatest passions, most of Nicole’s writing converges these subjects.