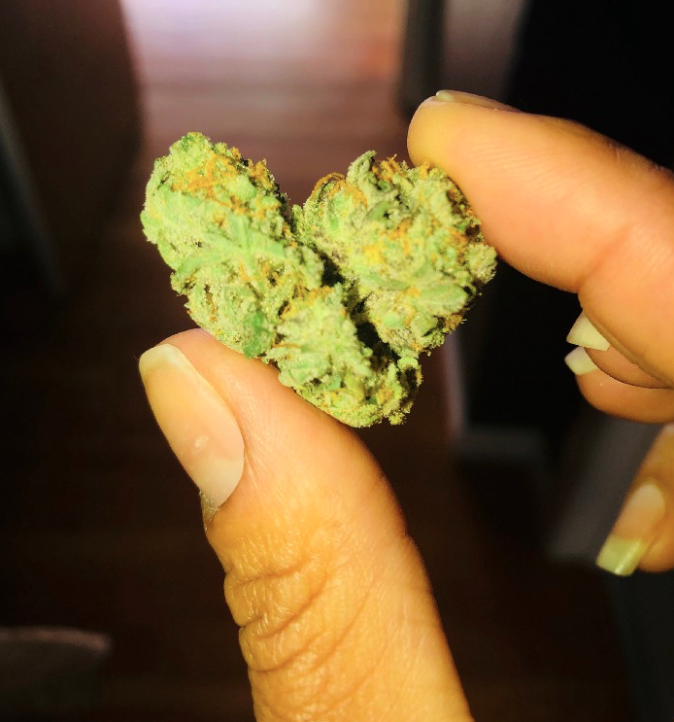 I support weed because I do no fall for the “it’s a gateway, it kills your brain, it makes you fat, it makes you crazy” rhetoric.

It is important for me to state, early on, that I believe that no matter what, weed/ cannabis/marijuana is medicine- no matter the reason that it is being used. It doesn’t matter if you are smoking for fun, eating it in a brownie, or applying it to your body, you are receiving medicinal benefits.

A couple of months ago, I published Weed is Medicine- Like it or Not. Weed has medicinal benefits that we all benefit from. While many believe that weed is a gateway drug, the snippet below from Halcyon Organics website, supports my view on weed being medicine no matter what:

Society and the laws that be, made weed a villain. The presidential campaigns of the 80’s and 90’s pumped fear throughout society and because of fear, laws were developed that would tear families apart. The drama behind a plant, and all along, it has been medicine in many parts of the world.

Weed being used for medicine, dates back to 400 A.D, according to the US National Library of Medicine National Institutes of Health, Jeff Desjardins, shares 6,000 years of medical cannabis history.

Let’s walk through a bit of the history:

2737 BC: Pen Ts’ao Ching
Earliest record of cannabis as a medicinal drug. At this time, Emperor Shen-Nung recognized its treatment properties for over 100 ailments such as gout, rheumatism, and malaria.

450–200 BC: Greco-Roman use
Physician Dioscorides prescribed cannabis for toothaches and earaches. Greek doctor Claudius Galen noted it was widely consumed throughout the empire. Women of the Roman elite also used cannabis to alleviate labor pains.

1025 AD: Avicenna
The medieval Persian medical writer publishes “Avicenna’s Canon of Medicine”, stating that cannabis is an effective treatment for gout, edema, infectious wounds, and severe headaches. His work was widely studied from the 13th to 19th centuries, having a lasting impact on Western medicine.

1798: Napoleon
Napoleon brought cannabis back to France from Egypt, and it was investigated for its pain relieving and sedative qualities. At this time, cannabis would be used to treat tumors, cough, and jaundice.

1900: Medical Cannabis
Medical cannabis was used to treat nausea, rheumatism, and labor pain. At this point in time, it is available over-the-counter in medications such as “Piso’s cure” and “One day cough cure”.

Not All Weed Makes You “High”

I argue, so, what if it does? How is being high worse than being drunk? We love alcohol and well, it’s much more damaging.

Here’s the breakdown of differences:

Alcohol– a colorless volatile flammable liquid that is produced by the natural fermentation of sugars and is the intoxicating constituent of wine, beer, spirits, and other drinks, and is also used as an industrial solvent and as fuel.

Marijuana– also called weed, herb, pot, grass, bud, ganja, Mary Jane, and a vast number of other slang terms — is a greenish-gray mixture of the dried flowers of the Cannabis plant.

CBD– Cannabidiol (CBD) is a naturally occurring compound found in the resinous flower of cannabis, a plant with a rich history as a medicine going back thousands of years.

Indica– Indica dominant strains are higher in Cannabidiol (CBD). Indica is generally a body type effect, relaxing and laid back. Indica’s higher CBD than THC equals a much heavier, sleepy type of high

Sativa– cannabis sativa strains are more stimulating than the Indica strains. Individuals use these strains when they wish to feel more social, physically active and creative

So, you see. Weed is a plant, a flower, leaves very similar to tea, and we support tea don’t we?

I support full legalization. I do not support the concerns over employees showing up to work high. We do not have those concerns with other medications. We also legalized alcohol, which is a form of poison, and no one is concerned about anyone reporting in under that influence. Heck, we even have expense reports with alcohol approved purchases, in organizations everywhere. We glorify the use of alcohol and frown upon medication. We accept medications that cause other conditions in which more medication has to be prescribed, but frown on a plant that heals.