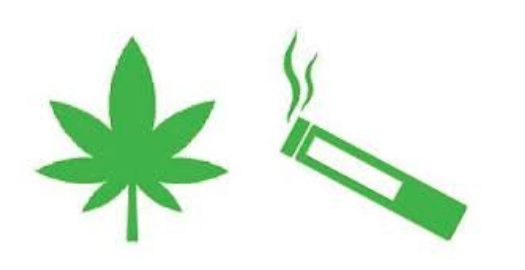 Marijuana has been a subject of praise and scorn. Throughout the years we have defended the right to consume cannabis and now have medical studies that are showing that marijuana helps with conditions like asthma through vaping or edibles. Marijuana has been said, studied, and researched in helping with anxiety, diabetes, cancer , depression and all around good feelings. The fraction of these benefits for marijuana is reason enough to legalize.

There has been research on tobacco usage and what happens with long term use of: cigarettes (menthols or regular), chew, tobacco gum, cigars, and pipe tobacco. To me, tobacco gives off a smell that can affect the whole vibe in a room and a chemical that stains walls and teeth.  Honestly, I don’t see why tobacco is legal; all tobacco products have a Surgeons General Warning on them saying, “this product will cause cancer, and complications during pregnancy.”

I Consumed Both Marijuana and Tobacco

I remember when I was both a marijuana and tobacco consumer. I felt I was boosting my high when I smoked a cigarette after I smoked a blunt. I felt more of the “high” feeling when I did that, or so I thought.

I smoked tobacco for almost 9 years, and the first time I smoked a cigarette, I felt a sort of a “good” feeling. I liked that feeling because it was new to me. The reason I smoked cigarettes, was due to the environment I was around, and I felt that, “since it’s legal I might as well do this.”

I pretty much stopped smoking marijuana at the time due to my job; they conducted drug tests when employees got injured. I found myself spending more money on cigarettes than marijuana, but the thing I found out: even though I really don’t have an addictive personally, I found myself smoking these cancer sticks a little to often.

The Impact of Smoking Tobacco

The desire for cigarettes also some negative effects on me: no stamina, hard to breath, my food tasted funny, I was looking older than the age I was at that time, and my skin turned dark- and not from being in the sun. It was from the constriction of the blood vessels due to the lack of oxygen that is supposed to go smoothly in my system.

I Quit Smoking Tobacco 9 Years Ago

Nine years ago, I decided, to quit smoking tobacco cold turkey- no patches, gum, or anything to bring me down from the “cravings”. My body started to breath again and had a collective desire for oxygen. It was the best decision I ever made and now I consume marijuana without any of those issues.

Something is not right with this scenario of the Marijuana vs. Tobacco with the US Government. How can something that has virtually no positive attributes for anyone’s health, kills more people than AIDS, murder, car accidents and suicides combined be legal? Marijuana has a lot of health benefits, never killed anybody by itself, and it grows out of the ground.

To conclude this match, I say it’s a TKO in favor of marijuana.  Marijuana saves, tobacco kills and there’s no middle ground with those 2 comparisons. My life advice: be healthy, eat your fruit, vegetables and consume marijuana if you are of age. You’ll thank yourself later.