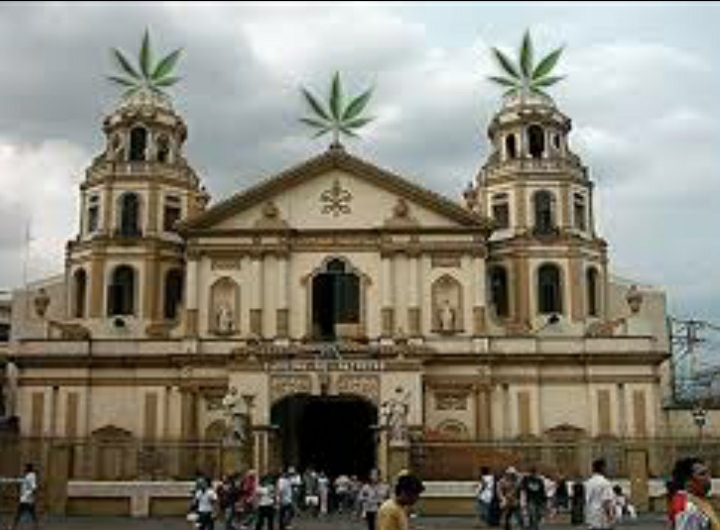 I believe that those that consume Cannabis, are closer to nature, than those who go to a building to worship- church that is.  To me, church is the very body you walk in, and what you put into your body that determines how healthy and clean the “temple” is.

We are seeing a lot of researching showing that Cannabis is one of the healthiest ways to heal from conditions like: anxiety, stress, depression, and pain. But because of the war on drugs, most have been raised to believe in the Matrix. That matrix is the system that creates lies, making things “wrong”, making people believe that Cannabis is part of some scheme by a so-called Satan.

People have been raised to believe in lies about Cannabis. They have been brain-washed to believe that illegal is synonymous with wrong, and legal means right.  Let us remember, it was illegal for a slave to run away from a slave owner, and a woman to get an abortion even in the cases of rape and incest.  Slavery was legal, segregation was legal, and gentrification is legal. Just because Cannabis is illegal federally, doesn’t mean that it’s wrong. Just like legal doesn’t make things right.

According my experience with church, even though everything was “created” by the deity they believe in, consuming Cannabis is wrong, and it is the use that will open the gate to a so-called Hell to be with Satan. Even if Heaven and Hell existed as a finality of reward or punishment, why would your deity send those that consume Cannabis to a hell, when it was the very deity whom they believe in that “created” the very nature they’re going against?

Wouldn’t this mean that your deity is going against the very nature of the humans that they supposedly “created”?  According to their holy book, when they say that Cannabis is from the so-called Satan, they’re actually saying that their deity is evil.  Then again, if everything comes from the same source, that will mean the so-called Devil also comes from that source that supposedly “created” everything…right?

The question now becomes, who really controls the gate of the spiritual damnation? There isn’t anything that is on this Earth that doesn’t have a purpose. Cannabis was here before the first “church” building erected, before the first humans came, and before the first holy book/scrolls were written.

Cannabis is the truth in my opinion and here to stay. People that don’t resonate with the truth about Cannabis, will always have conflict with those who learn about the truth from research and experience. Many of us Cannabis consumers are judged but I notice that we focus our message on the healing powers of Cannabis.

It’s interesting because much of the backlash comes from those that go into a building and worship the very source that “created” the nature that Cannabis grows wild in.

To the judgmental people that say, “consuming Cannabis is bad for you”, please remember that you are not allowed, per the holy book that is praised so much, to judge anyone.

This is an opinion piece and in no way reflects the views/opinions of any blog partners and/or sponsors.