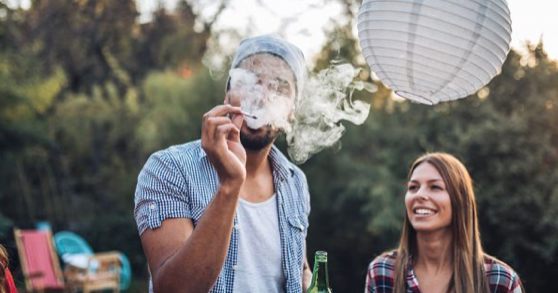 Racism as defined by Merriam-Websters is: one group holding a belief that they are somehow more superior than another group, which says that certain genetics and capabilities makes them inherently better than any race.

There’s an inferiority complex that is in all of us, somehow it allows us to project how we feel about ourselves, onto other people. Now, Christians, there’s a verse in the Bible, that according to the story, says something like: “when you do these things to others, you have done them onto me.”  Even in that book, it’s telling you that the person you ever showed love or hate for, is the very reflection you’re looking at daily.

The very fact that Cannabis grew wild- no humans necessary- should be enough to honor that herb like the herbs in tea. Instead, there is much more support for linking Cannabis and racism by way of black and brown people.

Cannabis has been around long before the first man and women stepped out the caves in Ethiopia, yet, Reefer Madness created a fear due to the monstrous lies told by the government. Society believed the man behind the curtain, controlling everything seen. And it all started because of racism. Cannabis and racism started to go hand in hand because of the U.S government. They didn’t want Mexicans to come to the U.S and treat with a plant they used for medicinal and spiritual reasons.

If we were all able to smoke Cannabis with no fear and threat of punishment, we could end racism. Who is ever mad and hateful while consuming Cannabis? There are many cultures that use Cannabis to get in tune with the universe- like Christians with holy water. The Cannabis industry is a nice example of all groups coming together for one cause- the plant.

With Cannabis, it’s more like “let’s talk about what’s on your mind over a blunt, edible or vape session; let us all come together under the flag of the natural Greenleaf”. Because when Cannabis is consumed, perspective is expanded and shifted, it becomes: “why hate someone who shares the same reflection, regardless of skin color?”

Cannabis can put an end to racism , and it will help the masses realize that on the human level- without trauma, harm, and history, there aren’t many differences between races.