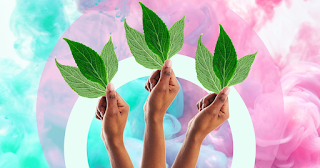 Most Drugs are Plants Until Fucked with by Humans

Cannabis is a plant that is still classified as a Schedule 1 “drug” under the federal law. Most plants are included in these schedules- but we know them by their processed forms and names. The U.S Government prohibits a list of plants- which are medicinal in their natural forms, and tells us nothing about them. Instead- they create laws and regulations that can get one in deep shit for even wondering about them.

Like they told us, and still tell us that cannabis-marijuana is the devil’s lettuce and treat THC like public enemy number one. The American prison system is a well oiled machine over plant cannabis. A PLANT!

It’s time to learn a little more about plants- the ones on the DEA’s (drug enforcement administration) schedules. All of these drugs were once plants until fucked with by humans.

Cannabis – A Plant Whether Hemp or Marijuana

Though we are learning more about Cannabis, marijuana is still a public enemy. Cannabis- marijuana is not a drug, it is a plant, an herb.When it grows, it already has the medicinal properties that mammals need. No need to alter it because it can be consumed from seed to stem to leaf. There are many that won’t consume that plant outside of it’s natural plant/flower state because extractions, not all, but many- involve harsh methods for extraction.

Whether in its natural state or extracted state, it’s nearly impossible to overdose with cannabis. Something the government doesn’t want us to know- we produce cannabinoids just like Cannabis through our endocannabinoid system. This plant is in fact one that matches human biology. If humans can’t be drugs- then neither can Cannabis.

Cocaine Comes from the Coca Plant

The government definitely doesn’t want humans to know that before other humans fucked with it- Cocaine was simply a plant. Cocaine comes from the coca plant. So in its plant form- plant coca has medicinal benefits:

We do not advocate for the white substance or the rock form that humans created, but it’s important for us to educate on all plants. The coca plant grows mostly in Colombia, Peru, and Bolivia.

Opium Comes from the Poppy Plant

The poppy plant grows mostly in Middle Eastern and Asian countries such as Turkey, Laos, and Pakistan. There are many species of poppy plants, one which produces opium. Opium is what heroin is born from. Our government is funny though; we don’t advocate for heroin or morphine, but wanted to point out how interesting it is that heroin is prohibited, but doctors have loads of authority to push morphine- which is legal.

Opium has many medicinal benefits, I mean, it’s a poppy plant after all:

As always, do your own research. We are not advocating that you all go out and break the law. But we are advocating doing your own research and not relying on the government to feed us information. Most plants, in their natural form, are medicine and so we must stop judging and criminalizing nature. Most plants are life before humans fuck with them.