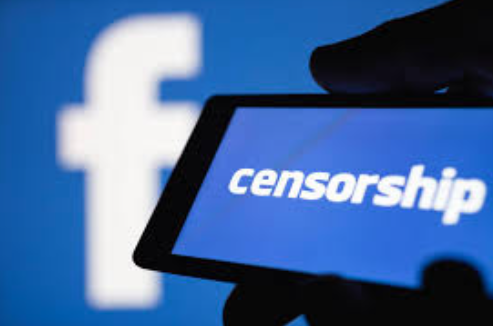 I am beyond over Mark and his crew, playing dictators, and keeping too close of an eye on Cannabis. Facebook censorship is happening in the Cannabis industry every minute of the day. That’s hard for someone like me; I talk about Cannabis everywhere because it’s a plant!

This plant that saves lives, and this guy locks my account up all the time. He doesn’t do that when a 40-year-old calls 5-year-old sexy, not when news of a 60-year-old marrying a 10-year-old is trending, and not when men and women are 1 pubic hair away from showing their goods.

Instead, Mark has a multi-billion-dollar business sitting in the Cannabis mecca, doesn’t care if posts say “not for sale”, and doesn’t care that Cannabis is legal in over half the country– many times- even from the location that I am posting. Mark allows obscene content, but the government cries “reefer madness” and he comes running to their rescue.

Every day, Mark and his Facebook team operate in prejudice and bias by playing favorites. Cannabis companies even in legal states, can’t talk about it, run ads about it, or post photos of it- or their online social media presence faces the threat of vanishing. This is such a huge deal that lawsuits have been filed against Facebook.

I have two accounts on Facebook and as I type this- both are in Facebook jail, and I am not able to argue the reason why. Just this week, the f*uck team squad at Facebook released new guidelines saying that they can and will at any time remove content and accounts if they feel that the accounts are in violation of their standards- what a dictatorship.

Dictionary.com defines censorship as: the suppression or prohibition of any parts of books, films, news, etc. that are considered obscene, politically unacceptable, or a threat to security.

I post about Cannabis and get thrown in Facebook jail. Is Cannabis really obscene? I guess it does fit under politically unacceptable since it’s against the law, right? I suppose pedophilia isn’t obscene at all. Can you see where Mark is full of government- Watergate like shit?

Is Censorship Against the Law

Section 1.  Policy.  Free speech is the bedrock of American democracy. Our Founding Fathers protected this sacred right with the First Amendment to the Constitution.  The freedom to express and debate ideas is the foundation for all of our rights as a free people.

In a country that has long cherished the freedom of expression, we cannot allow a limited number of online platforms to hand pick the speech that Americans may access and convey on the internet.  This practice is fundamentally un-American and anti-democratic.

I’m not the only person sick of Facebook Censorship– there is a Facebook Censorship group with over 6,000 people. Change.org has a petition with almost 10,000 signatures for a class action lawsuit against Mark Zuckerberg for violation of 1st amendment rights, and even attorneys are filing lawsuits because they have been censored.

And I should mention, these suits aren’t all related to Cannabis. Many of these are filed by anti-vax people because they too are censored. Anything and anyone not in agreement with his peeps in office I suppose.

It seems that Facebook censorship means anything that doesn’t support exactly what the government says, gets censored. So, then I wonder, is Mark secret service? Is Facebook run by the FBI? Is Facebook HQ a front and is the CIA really in there?